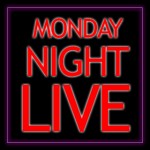 Listen back through the archives to some of the quality artists that have performed or been interviewed on The Shift Radio in 2015 since it was launched on 14/4/14.

Tinky Disco are a 21st century fusion of Dance, Rock, Disco, Motown & Hip_Hop, fronted by superstylin’ Mike Daniel of Groove Armada. Also in the band are Damo Double B on bass, Al “Triple A” Roberts on gee-tah & Jonny D on the drums. They are in the process of writing their first album & were delighted to give the songs an airing on the Shift platform

The Victor Pope Band have been described as simultaneous the best and worst experience you will ever have. Blazing a trail though Edinburgh’s live scene we have managed to invent a whole new form of music – anti-punk.  A bit like punk but more sympathetic towards the establishment. We’ll burn nose and eat your children but will always leave enough change over for the bus drive home.

Scarlet Skies don’t like to label themselves as a genre, but have been tried to be put into the indie folk category. Though there is a flare of the undefined in their music, they keep a bluesy sound throughout, which compliments the lead singer’s vocals. They are as in love with their music as they hope the listener will be, and treat each song the with emotion and passion it deserves.

CJ Shorrock is a local acoustic artist from the Northwest of the UK. He hails originally from Darwen, and enjoys playing to an intimate crowd, whom he can connect with through his music.  Telling a story with every song, he adds something personal to what the listener is hearing.

The Banned, who come from the Blackburn area, are a group who are up for having a good, uncomplicated, time. The band has only been together for the last 15 months, however their songs pull from years of experiences and stories. Being more like a family then a band, they sound comfortable together, and their style encourages the listener to learn the songs so you can sing along.

A young band all, amazingly, only 16 year old at the time of the broadcast.  These guys have great potential and sounded mature and professional when interviewed.  This is also shown in their musical performance at such a young age it was refreshing…  Perhaps a force to be reckoned with in the future?

Dylan Owen is a storyteller from Oswaldtwistle in the north of England. Starting from a background in Theatre, he now uses his love of words to share stories in his songs. He is well rehearsed with his instruments, and uses his voice and guitar to add to the story, rather than be the focus.

James Vezer and his band are music students from Manchester who are branching out on their own. In their free time, they have started a band to showcase their own musical style and taste. James has a husky voice that belongs in an old bar room, which adds contrast when mixed with his youth and his band. They take their music and their technique seriously, but they don’t forget to enjoy themselves in the process.

A laid back vibe from this band who create some great country / indie sounds.  Their songs are melodic and give off a feeling of peacefulness when watching and listening to them.

A great sounding punk band with a great look; I mean how many bands have someone that resembles Johnny Rotten and has a reverend has their very own frontman?  Unique but quality vocals with catchy songs who we’re already looking forward to having back.

Danny Steele, an indie acoustic performer from Barrowford, joins us at The Shift for his first live radio performance.  His influences span from artists like Oasis, The Police, Ed Sheeran and Bruce Springsteen.

The Polar Dream, consisting of various members of Fauno, are an instrumental post-rock band. Their sets are beautiful, epic and moving. When asked why they play instrumental they replied, “Our music does not need lyrics, we like to tell stories through sounds and textures, we have never felt the necessity to use vocal arrangements, we like to believe that a song without lyrics can be understood equally by one person in one country as with another from the other side of the world”.

Fauno describe their music as psychedelic trips, introspective journeys and exploring the depths of their subconscious through sounds and mixing them with their Mexican roots. What more can I say?

Smashing Lads are an English alternative rock band formed in North Manchester in 2010. Their songs reflect the shared views and experiences of regular, disillusioned blokes approaching middle age. The 9 to 5, paying the mortgage, the kids, the commute and the unattainable dream of escaping the rat race. All set against the backdrop of modern day Manchester.

The Renaissance are a Manchester based 4 piece indie-rock band who deliver songs inspired by their own lifestyle and circumstances, influenced by U2, The Smiths and Fleetwood Mac to name few.

Avishek Choudhury is a young singer songwriter from the North of England. He has a passion for pop music, and uses this medium to share his message of hope and positivity. Regularly playing on a variety of instruments, this performance is stripped back with just a guy and his guitar, which gives the listener the opportunity to pay attention to the lyrics, and take as much from them as possible.

Kellys Heroes are a rock band from Lancashire. They have embraced the variety that rock offers, and pay homage to influences through the ages, while putting their own fingerprints on the music. They share the stage and the spotlight by working together to make a sound that compliments their style.

Jess Kemp is a musical storyteller, making herself approachable and vulnerable through her music. Speaking openly about her experiences that inspire her, Jess makes herself relatable to her audience.  Her passion comes through her vocals, and is easy to listen to, however she strays away from musical redundancies, making each song a new journey to be joined on.

This Great Explosive Trash is a band that is passionate about what they do. Made up of four guys, they are supported by a team and community that helps carry the messages they put into their songs. Using punk rock as a vehicle for what they have to say, they are a modern version of the political troubadours of the sixties.

China Tanks are a band that embraces idiosyncrasies and makes them work to their advantage. With members ranging over a spectrum of years, they keep their band fresh and are constantly evolving. Originally a rock band, they have traded their drum kit for a cajon, and their electric guitars for acoustic; however, though their instruments have changed, they are still a rock band at heart.

Peur (pronounced purr) are a concept-rock band from Bolton who grew up making music together. After taking some time off to write and record their album, they are touring again, and have new material to share as well as reviving some of their older songs.

James and Paul are a duo with passion. Originally working together on a schools team, they have developed a camaraderie that has lasted and evolved into artistry with a message. Their music shares their journey of faith, and helps the listener understand their story and what motivates them, however they are successfully musically appealing even if your not religious.

April Moon is a Canadian duo currently residing in the UK, they have brought their roots to the UK shores and are soaking up influences from some amazing local artists. They describe themselves as ‘Cosmic Pub Rock’, a genre title they seem to have created. Jaime April and Jason Moon produce a twangy country, folk and rock sound that is fresh on our ears.

Currently residing in Liverpool, Bandito Rey (roughly transferring to ‘Bandit King’) are a rock band who give a nod to the instrumental proficiency known by the progressive rock movement. Bandito Rey’s influences range from Apex Twinn, Radiohead, Morrisey and Massive Attack.

Sky Valley Mistress is a collection of 4 young musicians who are determined to be heard. They are a rock band of which you can hear the influences from artists like Jack White. Their sound is unrefined, but highly experienced, and their passion to bring back the live performance makes them just as interesting to watch as they are to listen to.

The Hotspur Press is a group of 4 young guys, passionate about their music. It has grown from the front man playing acoustic gigs by himself to a full on indie/pop band. Based out of Manchester, they have a sound that is new, but also gives a nod to the alternative rock bands of the Naughties such as Good Charlotte and Green Day.

Scott Freeman and his band were a breath of fresh air… and all the way from Hampshire! Their tour didn’t tire them as they provided high quality music. Scott gave an interesting insight to the lyrics of the songs he performed, which evidently are very personal to him.

It was a pleasure to hear The Ravens great polished rock sound and watch their powerful and lively performance with quality vocal harmonies and exciting guitar riffs. They were founded back in 2005 and have listed influences as The Beatles, The Kinks, The Who, Led Zeppellin, Oasis and David Bowie.

Geoff Wilde is a country and folk singer who has various influences that are reflected in his performance. Influenced by artists like Bob Dylan and Willie Nelson, his songs tells stories off his typical monday morning at college to murdering someone out of jealousy.

Alfie Jones has a great tone to his voice and a great folk guitar playing style.

Inspired by life and literature, Liam McClair has a pleasant pop-folk sound that he uses to tell his own stories. He has also impressively supported Echo & The Bunnymen and Newton Faulkner in concert.

Steven Warwick, wearing all black, sets hit tone on The Shift Radio stage. Steven’s performances are a cross between folk with hints of punk and even blues.

– What About Charlie – Engineer: Alex Hyde

What About Charlie? are a four piece rock band hailing from Salford taking their inspiration from punk, metal and rock music.

Members from The Cultivators perform a unique set combining a Spanish-style combination followed by reggae accompanied with some great violin work.

Katie O’Malley is a singer/songwriter from Rochdale, who joins us with a selection of her soulful folk music.  A strong, peaceful vocal accompanied with acoustic guitar.

Karen Chung is a Canadian singer songwriter from based in Manchester who plays ukulele and writes indie folk songs.

Listen back to our special feature of Griffin Tucker a young American rising up through the ranks of stardom.